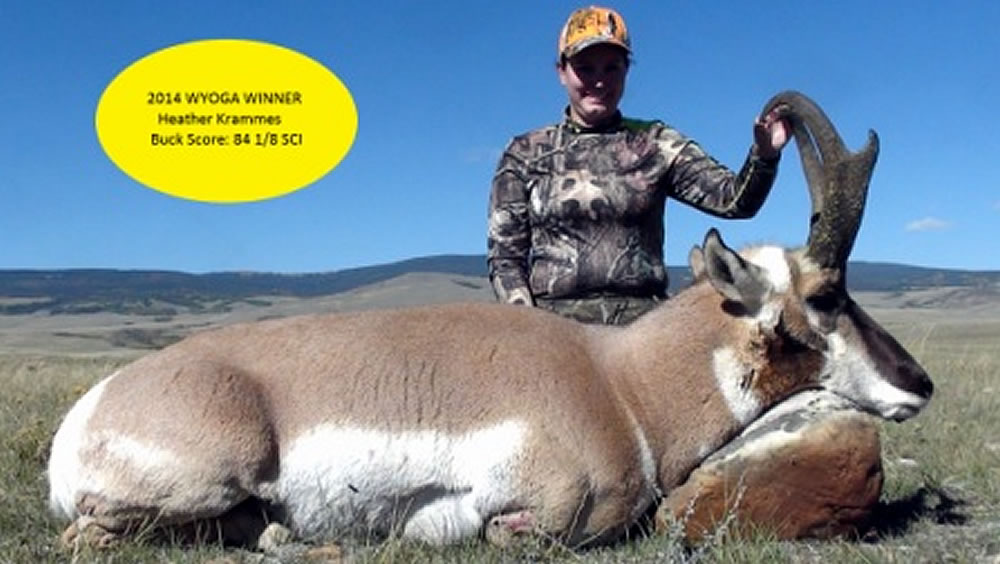 Tyler Sims Outfitting had two entries for the 2014 competition one making First Place while the other misses third by less than 1/2 of an inch.

Heather harvested this buck on a Combo elk/antelope hunt during the fall of 2013. We were coming off the mountain on the morning of September 26th when we discovered this buck chasing a doe. After crawling, and using the terrain to our advantage we were lucky enough to get within 250 yards of this buck. Heather took her time and made and awesome shot. As soon as the buck dropped I knew she had a chance of making a strong run in the Wyoming Outfitters & Guides Association (WYOGA) Competition!

The WYOGA Big Game Awards is a competition between all the outfitters who are members in WYOGA. After each fall Outfitters have to submit photos of their best hunt trophies of the year in to WYOGA. Then, the Board of Directors and Committee look at pictures, score sheets and outfitter reports to look for discrepancies.